I’m not entirely sure how long the garden beds have been on the top of the hill. Looking back through google earth they seem to appear in April of 2013, but there is a bit of a time gap before that. I’m also not sure how they were done, were they gopher proofed? What kind of soil was put in them? Was it ever amended? So because of that and the astounding amount of weeds that popped up in the beds during the time we have been here we decided to clean them out completely, gopher proof them and start over.

This last weekend we began tackling the clean up. We were able to get the first couple beds dug out and the dirt moved over to the orchard where it will be used to build some  hugelkulturs (a future post).  In the long run these beds will be used for long growning veggies like squash while we move the kitchen garden down closer to the house, but this year they will hold our entire garden so we are eager to get it cleaned out and get some veggie starts in. 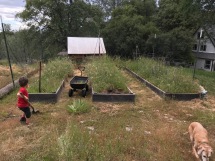 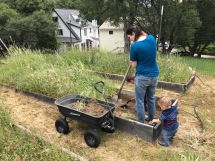 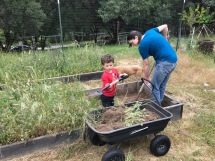 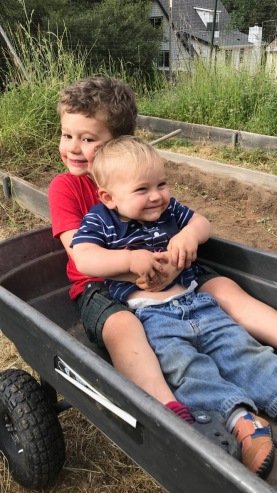